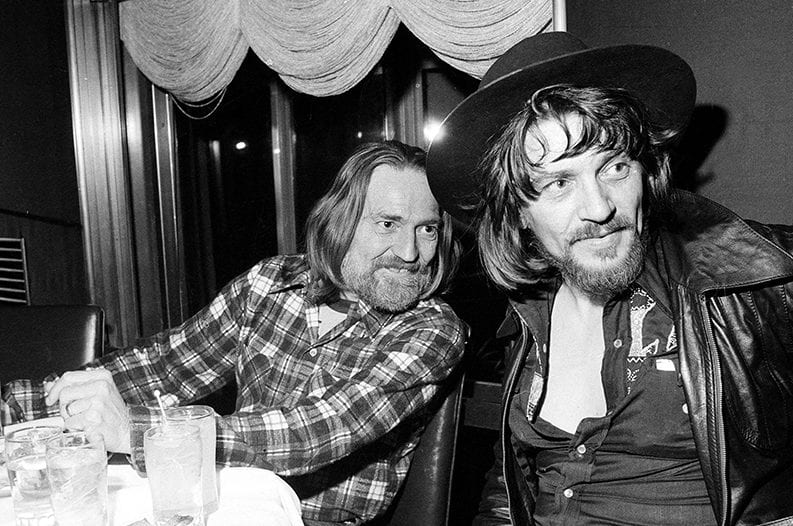 The TSE Culture Club is a semi-regular feature in which a member of our #TSEFam will expand upon a specific element of culture that is meaningful to them and how it's helped shape their personal or professional outlooks. First up, our President Don Povia.

I've always had an eclectic taste in music. For about the past 15 years, though, as I've aged and reflected back on my life and the roads I've traveled, I've more and more embraced outlaw country, both its music and its attitude.

If you look at my IG feed and see some of the below names, it probably induces eye rolls. But the path to Texas honky tonk from Trenton, New Jersey isn't as absurd as it sounds. It began, as most things in New Jersey do, with the Boss. Springsteen brought me to Johnny Cash who brought me to Willie Nelson who landed me squarely behind Waylon and Merle. While that's the story I always tell, the truth is, it was my father, not Springsteen, who planted the real seeds.

As a youngster, he listened to some weird music. None of which included any of the aforementioned legends, but rather, the much less mainstream likes of Dr. Hook and Medicine Show and Commander Cody and His Lost Planet Airmen. I was certain he was the only one in the world who had ever heard of them, much less owned their cassette tapes.

In passing one day when he heard me talking about a trip to Austin, TX, he mentioned the music scene he used to partake in while in the Army at a place in ATX called the Armadillo World Headquarters. Of course, while there I searched for the place and never found it (it had been closed for decades). At the airport on the way home, however, staring at me from a bookstore in an Austin–Bergstrom terminal was a book called, well, Armadillo World Headquarters by the venue's founder Eddie Wilson.

On the flight home, I about finished the book. In it were stories, images and artwork of not only Dr. Hook and Commander Cody, but also Bruce, Willie and Waylon.

What really struck me, however, was the culture that Wilson tapped into and that Willie personified. It married the seemingly unconducive combination of counter-culture hippies and Texas cowboys.

If you go back to what brought the outlaw scene (as it became known) via Willie and Waylon out of Nashville and back through Austin was the fact that those two artists specifically wanted to play music they loved in styles of their own, not what was being over-produced in Music City. Simply put: the freedom to be themselves and carve their own paths and legacies, not what others perceived those should have been. What hippie or cowboy wouldn't buy into that?

If you have to work in life, to me, that attitude, that creative and professional freedom, is the only way to live. Music that I organically gravitated towards, regardless of who or what planted the seeds, started shaping my personal outlook.

The first half of my life, I feel I was trying to live (and work) how everyone else expected me to. For the last decade, at least, I decided we have but one life to live, and if I want to carve a legacy, nonetheless be happy, I needed to stop caring about trends, and allow my talent and passion to guide me where it would rather than try to make them conform to the structures around me.

That's why I chose axes for Transition's logo: to raise hell and break the norms. It doesn't mean to be disrespectful or literally destructive, but it's a reminder that if there's something that I don't like or agree with, I have the tools to break it down and resurrect it the way I want to.